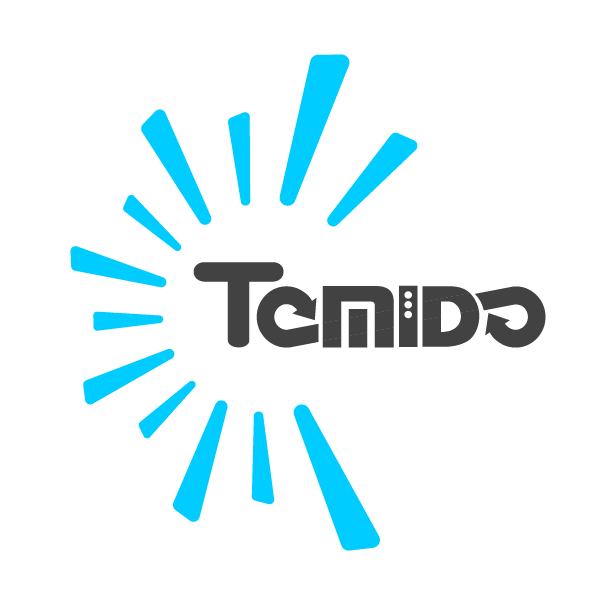 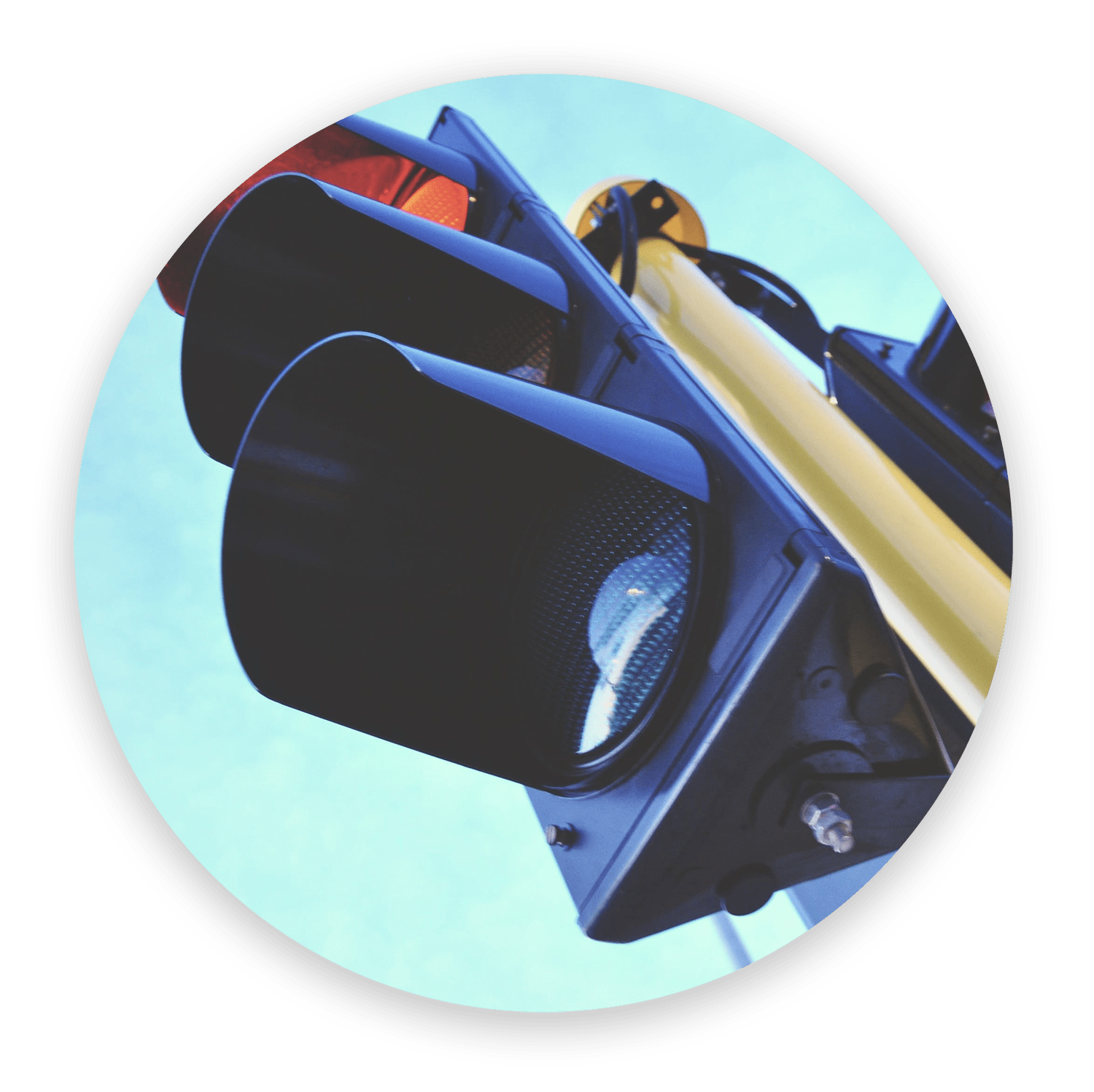 We who deal with traffic like to say that we have three main tasks:
1. Security,
2. Security,
3. Security.

Traffic lights work 24 hours a day, 7 days a week, 365 days a year.
For years.
No rest, no matter the day of the week.
And there is no room for error. 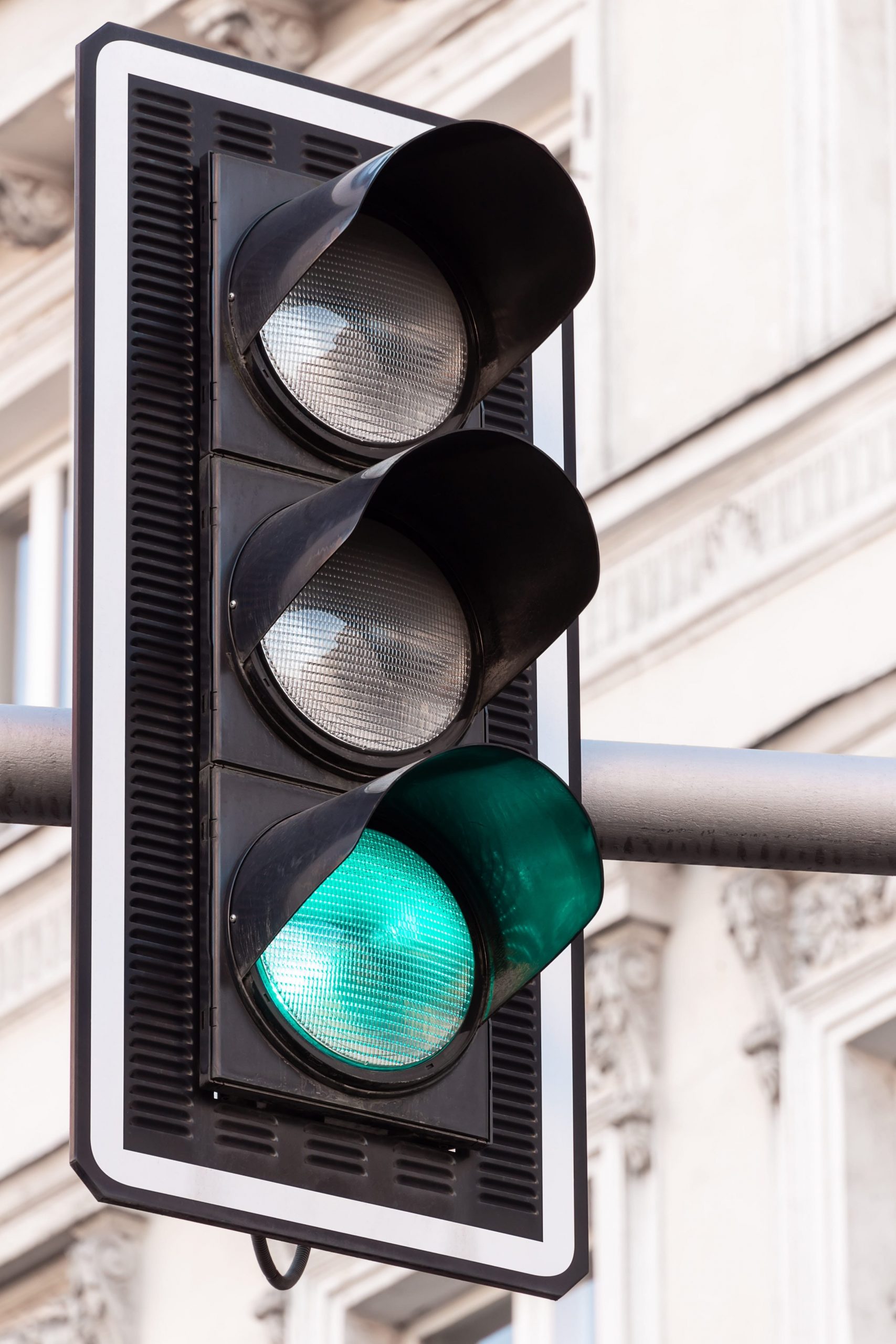 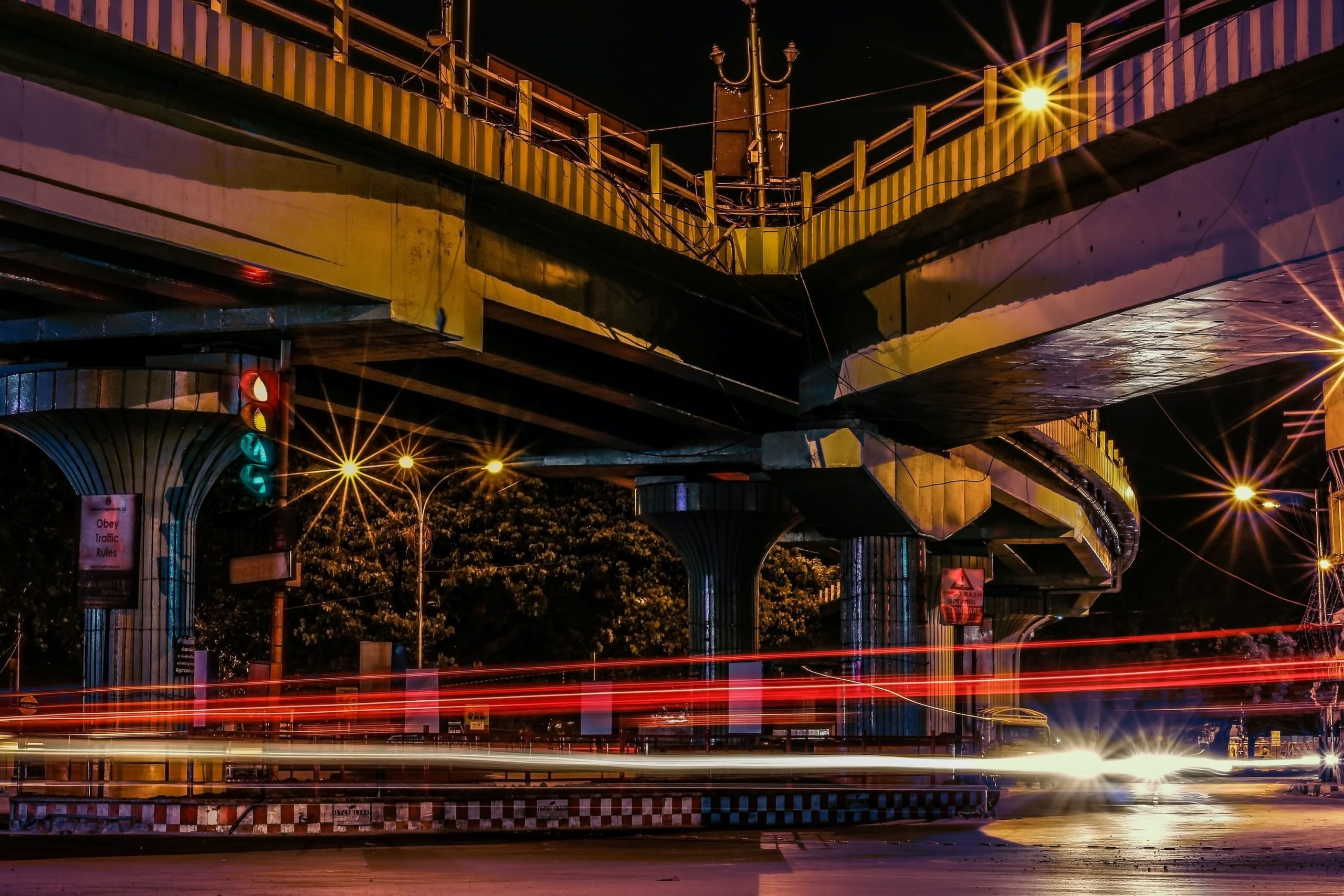 And for all these reasons – safety and reliability are more important than anything. We all know what can happen by disregarding traffic lights.

And don’t worry, “green for everyone” won’t happen to us – no matter how much some talk about it. 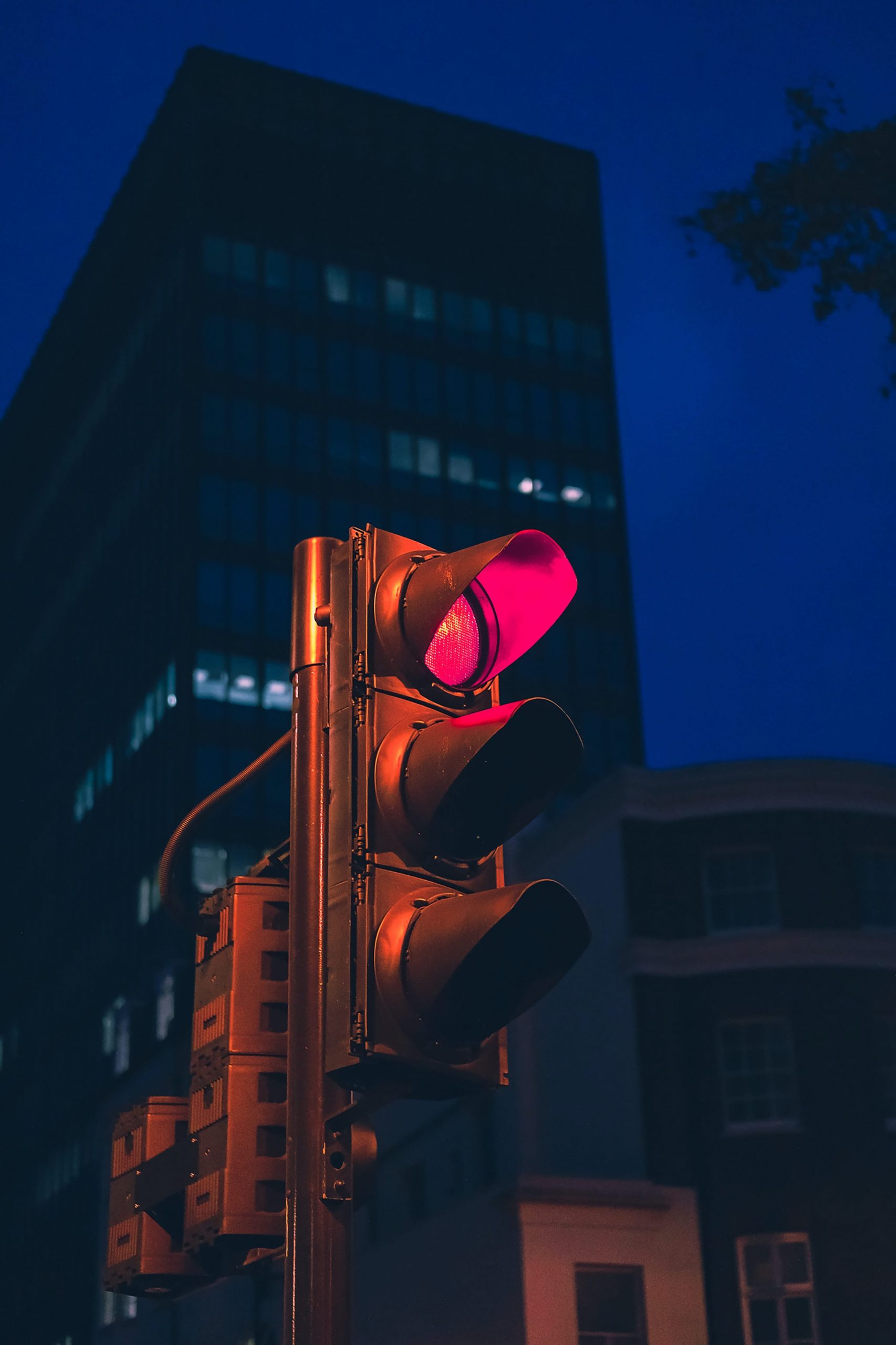 Road traffic signals, or by the common name – traffic lights, are used for light regulation of traffic at intersections, roundabouts, and pedestrian crossings.

All components of the system are technically and factory tested and certified in compliance with the highest safety standards (that is why in the above text, we list the main “three” tasks: security, security, and again security).

Our employees are trained and authorized to perform diagnostic and service work and procedures to make the traffic light systems work flawlessly. Also, in cooperation with our partners, we can offer consulting and development of traffic-technical solutions related to traffic lights and the supply, installation, and programming of traffic light system equipment.

Also, we are equipped in such a way that we can offer regular and emergency system maintenance, where we are available 24/7/365.

We are regularly educated by following technical and traffic innovations that will enable even better and safer traffic by implementing technically or traffic better and more advanced solutions.

– electric panel for signal processing from inductive or video detectors

– more recently, LED lanterns have been switched due to the well-known advantages over classic lanterns (the old solution of a special traffic light bulb with filament or halogen bulbs)

– can be with one light (additional green driver’s arrows or pedestrian yellow flashing lights), then two lights (red and green pedestrian, bicycle, or tram light), and with three lights (red, yellow, and green for vehicles)

– pillars of a certain height are most often used and for large and more significant intersections consoles, or portals

– a particular type of multicore cables that are designed to work in extremely difficult conditions (presence of water-moisture in the cable duct, resistance to external influences, resistance to minor mechanical damage, vibration, etc.)

– this is an older method of detection that is gradually being abandoned, is subject to damage and failures due to emergency works or new asphalting in the loop zone or damage to the loop due to subsidence of the asphalt surfacing due to the passage of heavier vehicles

– same function as with inductive loops, a newer detection method

– are not subject to damage because they are not on the asphalt surface (they are placed on pillars, brackets, or portals)

– enable easier and simpler movement for blind and partially sighted people in a way that they signal the appearance of red or green light for pedestrians with different sound (in the Republic of Croatia, red light is announced with a slower rhythm of signalers, and green with faster rhythm)

– have a relief on the side to show the blind person the direction of oncoming vehicles, possible pedestrian islands on the road, the number of traffic or road lanes to the crossing to the opposite side, etc.)

– in newer and more modern systems, the volume (intensity) is automatically adjusted to the level of external noise (by increasing the traffic noise, the sound on the signaling device is also increased)

– newer coordination systems no longer use physical but “virtual coordinators” (for example, the interconnection of traffic light devices via GPS signals)

– with the implementation of the control center, traffic flows are managed much better, faster, and easier, which enables more flowing roads and fewer traffic jams

As we believe that education is an extremely important component in traffic, here are frequently asked questions, misconceptions and some “myths”

Q: In a close encounter or traffic accident at a traffic light intersection, both drivers claim that their green light was on. How is that possible?

A:  Before we answer, we will explain the term collision. A collision at a traffic light intersection is a simultaneous unwanted occurrence of green signals in signal groups that we define as collisions. We will explain this with the example of the most common classic X-intersection. The collision is considered to be the occurrence of simultaneous green light in blocked groups (say traffic lanes – directions that intersect below 90 degrees).

And here is the answer to the question:

First, the above situation is not possible because when programming a traffic light device, collision signal groups are defined.

Third, the light signals are constantly and permanently controlled by the traffic light with voltage and current controls. This means that even in the event of a possible failure of a control or monitoring unit, the device automatically switches to the “flashing yellow light” safety mode and remains in that mode until the service intervention.

Q:  On two separate lanes for moving vehicles in the same direction, if there are two signal groups for vehicles (for example, one lane is for straight and right, and the other for left), sometimes green signals for drivers are switched on at the same time, and sometimes that is not the case?

A:  It is a standard operation of the traffic light system. It is a detector operation. The green signal will not turn on if there are no vehicles in the corresponding lane.

Q:  We have noticed that the green light for vehicles or pedestrians does not always have the same duration at the same intersection?

Q:  What are the protective times, or the times of collision and leaving the intersection?

A:  After the driver’s green signal in a particular signal group has expired, the signal group switches to a yellow light whose duration is approximately between 3-4 seconds (depending on the intersection configuration). The signal then toggles to red.

Meanwhile, a red light is still running in the next collision group.

What does it all mean?

It means that the protection time between the appearance of green signals in collision groups ranges from approximately 8 to 15 seconds. If the vehicle enters the intersection in the first couple of seconds of the yellow signal (since it could not be stopped safely, because it was just before the crossroads), the vehicles in the collision group can safely go to their green signal without fear of colliding with the collision vehicle direction.

Of course, the fundamental and primary conditions should be met – to respect the traffic light signals and regulations.

Q:  We noticed that one red or green light for pedestrians or vehicles doesn’t work on one lantern.

A:  Quality maintenance of the system includes, among other things, physical visits to traffic light intersections. Reports on the problem in the work of traffic lights can be made by road patrol services, police patrols, and all other services that often and frequently use traffic lights (driving schools, taxi services, local city transport, and others).

A fault may occur in one light of the signal group between rounds in such a way that the same light does not work (due to a malfunction or physical damage). As a control, there is always another light of the same signal group (repeater). Due to practical, safer, and simpler traffic, this situation is not legally considered an increased risk with the requirement to switch the device to a flashing yellow light (safety mode). However, this option can be set programmatically.

If the mentioned light failure occurred on all lanterns of the same signal group (signals of a particular color), there would be an immediate shift to safety mode (flashing yellow light) because then the traffic participant cannot determine the current, actual state of the signal.

Q:  I have been waiting for the traffic light for a long time, and the green light never turns on.

A:  If the system is designed as a detector (with an inductive sensor in the asphalt), it is necessary to reach the detection zone with the vehicle (above the detector-loop itself). Many times we see vehicles that, instead of stopping at the marked stop line, stop several meters before it. In this way, the detection cannot be performed, and the system cannot recognize the arrival of the vehicle and forward the request for the green light.

Q:  A green light is on at all pedestrian lanterns (in all directions). Isn’t that a collision?

A:  No. During that time, all driver signals are red.

– provide insight into a large number of parameters

– according to the traffic-technical solution, it is easier to change the parameters (reprogramming) in regards to the former devices with relay technology (used until the end of the 90s of the last century)

– by connecting to the control center, they provide much larger possibilities than the traffic light devices of the older generation

– the use of LED light sources extraordinarily extends the life of the source, reduces the need for interventions, and not least, saves on electricity consumption

– due to the non-existence of electromechanical control elements (relays), the need for periodic replacement of the same is reduced, and the possibility of self-diagnosis and control of each element is improved; increased reliability in operation

Here you can see examples of illuminated traffic signals that we have installed or maintained. 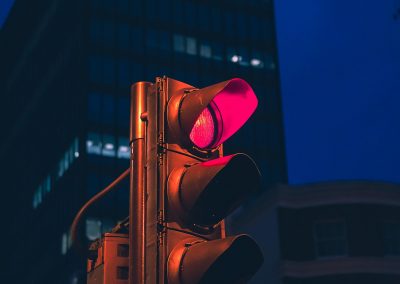 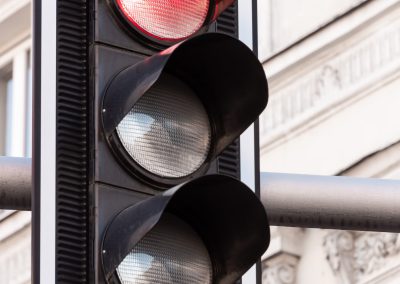 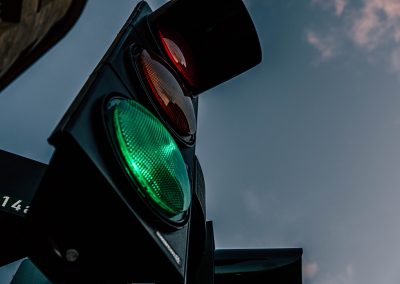 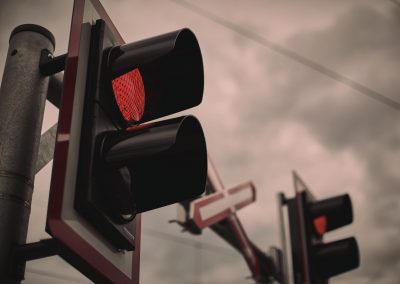